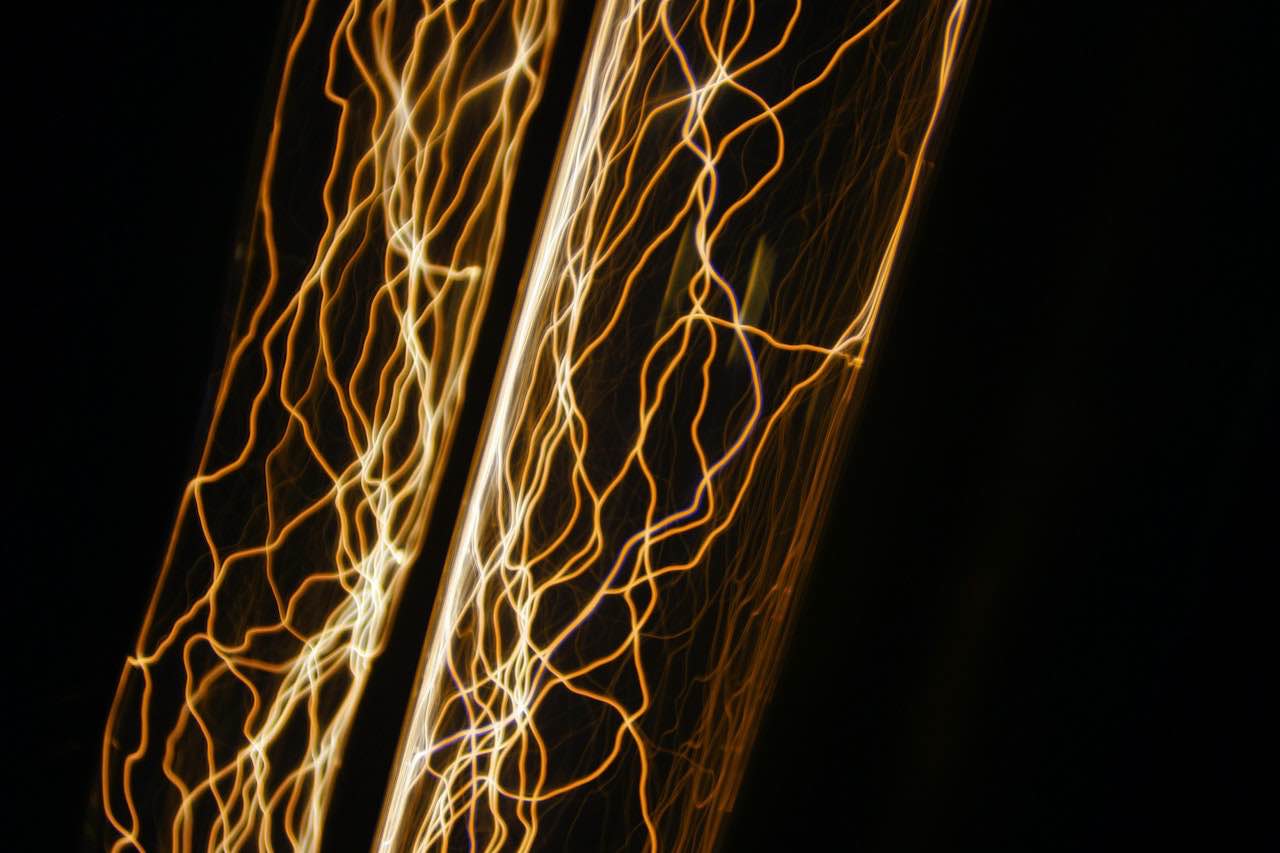 The so-called static electricity refers to the phenomenon related to the accumulation of electric charge. Generally speaking, the friction between the surfaces of almost any two objects and the subsequent separation will generate static electricity. All matter is composed of atoms, and atoms are composed of a positively charged nucleus and an equal amount of negatively charged electrons orbiting the nucleus. The contact between the surfaces of two objects may cause electrons to flow continuously in two directions across the interface. Even one surface of the same material can get its lost electrons from the other surface. When the two surfaces are separated, due to the change in electron distribution, each material in contact will generate an equal number of charges with opposite signs (materials with excess electrons are generally negatively charged, and materials lacking electrons are generally positively charged).

If it is a conductor, when the object is separated, the electrons flow in the reverse direction at an instant, so that the number of electrons is balanced. If it is an insulator, the charge can continue to exist for a long period of time, resulting in static electricity. The lower the conductivity of the material, the more charge it carries.

“Friction electrification” means that the electrostatic phenomenon of textile materials that generates electric charge through friction on an object may be mainly caused by friction electrification. Various materials can be listed or classified in different tribo-charging sequences. In the arrangement sequence, the two materials that rub against each other are positively charged in the front of the sequence and negatively charged in the back of the sequence. The frictional charging sequence of textile fibers is: wool, nylon, silk, viscose fiber, glass fiber, cotton, ramie, acetate fiber, polyester, acrylic and polyethylene fiber.

2. The influence of Static Electricity

Due to the electrostatic phenomenon of textile fibers, it has brought various problems in textile processing and consumer applications. For example, in the manufacturing and processing of textile fibers, it will bring many difficulties to the opening, squeezing and carding of the fibers, the formation of the yarn package, the anti-pilling and the anti-fouling. Due to the effect of static electricity, the suction of dust and dirt will cause entanglement between clothes, clothes and the human body, and when walking on the carpet or rubbing on the decorative fabric, there will be electric shocks. These are all problems that annoy consumers. . The static electricity of textiles can also interfere with the normal operation of computers and other sensitive electronic instruments, and can also cause parachutes to fail to open, and can cause flammable gas and dust to burn when a large amount of electric charge is released.

Through detailed inspection and research, it is shown that textile materials (and building materials) used in hospital operating rooms have a tendency to generate static electricity. For example, for many years, the National Fire Protection Association has put forward special antistatic requirements for textile materials used in operating rooms where flammable anesthetic gases are present. Obviously, because electric sparks can cause flammable anesthetic gases to burn, of course there are other potential hazards. The discharge phenomenon caused by static electricity entering the conductor may cause current to enter the human body and cause damage to the patient’s heart or main blood vessel; because the discharge can pass through sensitive electronic components and cause the instrument to fail; at the critical moment of surgery, it is caused by electrical shock. The doctor’s unconscious action can lead to major medical accidents; the entanglement of bed sheets or decorative fabrics caused by static electricity reduces the work efficiency of the staff.

(1) Reduce the chance of contact friction, such as adding wool oil on wool, adding lubricating agent during spinning, to increase the lubricity of the fiber, or to improve the smoothness of processing equipment, such as chrome plating, to reduce the friction coefficient, and at the same time to reduce friction Pressure and friction speed to reduce electrification.

(2) Use materials that are close to the triboelectric sequence as much as possible. The closer the material, the less the amount of charge generated.

(3) Increase the relative humidity of the environment, such as the dampness in the weaving workshop, to reduce the electrification.

(3) Increasing the conductivity of materials is the most basic and important method of antistatic.

① Internal antistatic agent method: Incorporating antistatic finishing agents into high polymers such as rubber, paper, plastics, and fibers can achieve a long-lasting antistatic effect, but the antistatic agent must be compatible with it, and It has molding stability, processability, and has no adverse effects on metals. Pay more attention to its toxicity.

② External antistatic agent method: spraying, dipping or coating antistatic agent on the outside of the material is generally temporary and not durable. The lubricating agent during spinning and the antistatic finishing of textiles belong to this method.

④ The material surface modification method forms a hydrophilic polymer skin layer with antistatic effect on the surface of the material. For example, the copolymer of polyethylene glycol and PET is used as the skin layer on the polyester fiber, and the grafting method can also be used to increase the moisture absorption rate.

(3) The composite spinning method is used to form a continuous structure containing an antistatic agent inside the fiber.

(4) The blending spinning method is used to make the antistatic agent exist in the inside of the fiber in a microfiber state, and so on.

Since the anti static agent exists inside the fiber instead of the fiber surface, it is not easy to wear and lose due to washing, so the fiber anti static property is durable and the anti static effect is significant. Among these methods, the blending spinning method is the most widely used. .

Anti static fiber is a kind of differentiated fiber. In addition to having anti static properties, it also maintains the characteristics of the original fiber. It can be spun purely or blended or interwoven with other ordinary fibers, so that the fabric can be antistatic. At the same time, it has the style and performance of other fibers.

4.2 Use of conductive fiber

4.2.1 Types and Manufacture of Conductive Fiber

For metal fibers, due to the difficulty of textile processing, when blending or interweaving with other fibers, the maximum amount does not exceed 2% to 3%. For other composite conductive fibers, the amount depends on the requirements, usually not more than 10%.

Comparing with the method of adding antistatic agents to the chemical modification and blending spinning from the polymerization stage. The antistatic agent finishing method of the fabric is simple, quick to take effect, and less investment. It is suitable for In order to meet the changing requirements of the current textile market, its antistatic mechanism has the following points:

(1) Inhibit the amount of static electricity, that is, give the fiber a certain hygroscopicity and increase the leakage amount of the fiber.

(2) Increase the amount of static electricity dissipation, that is, increase the fiber conductivity by neutralizing the surface charge of the fiber and relying on ionization.

(3) Reduce the friction coefficient of the fiber surface to inhibit the occurrence of friction static electricity.

(2) Does not reduce the color fastness of the fabric and does not change its hue.

(3) Basically does not reduce the physical properties of the fabric and the fabric feel style.

(4) No adverse effects on processing equipment, such as rust, etc.

(5) No peculiar smell and no skin irritation.

(6) It has the durability to adapt to the use of fabrics and has good heat resistance.

There are usually three methods for antistatic finishing of ordinary fabrics:

Use a coating scraper to scrape the coating containing the antistatic agent on the cloth surface. There are various shapes of squeegee. By choosing different squeegees, coating films of different thicknesses can be obtained.

At present, the development and research of anti static fabrics in European and American countries and Japan are progressing rapidly, especially in the area of differentiated fibers. Some have begun industrial production, such as the nylon BCF fiber Antron III of DuPont in the United States, and the conductivity of Toray in Japan. Acrylic SA-7, Ultron, a polyamide fiber from Monsanto in the United States, and Epitropic, a polyester fiber from ICI in the United Kingdom, etc. The application of these fibers can make the fabric have excellent antistatic effects. Adapting to market needs and accelerating the pace of research in this field is an arduous task for my country’s textile industry.

5. Types and Characteristics of Antistatic Agents

The non-conductive ability of a material is called resistance R, which is usually expressed by Ohm’s law. Resistance is the current produced by the voltage V (volt) of the material against the current IV (ampere). Ratio. The surface specific resistance represents the size of the static attenuation speed of the fiber material, which is equal to the resistance when the width and length of the surface of the material are both equal to 1 cm, and the unit is Ω. The surface specific resistance Rs of general fibers is less than 109Ω, and the antistatic effect is good, and its half-life t1/2=0.01s; R3 is less than 1010Ω, the antistatic effect is general, the half-life t1/2=0.1s; Rs is between 1011~1012Ω, then the effect of static electricity is poor, and more than 1013Ω is a substance prone to static electricity.

Mass specific resistance is the resistance value expressed in Ω when a uniform sample is 1cm long and weighs 1g, and the unit is Ω•g/cm2.

After the textile rubs against each other or with other articles, the voltage value when the frictional electrification or leakage reaches the equilibrium. It is generally believed that when the static voltage is below 500V, the fabric has antistatic properties.